Skip to content We are closed, Thanks for the great season and we will see you next year! 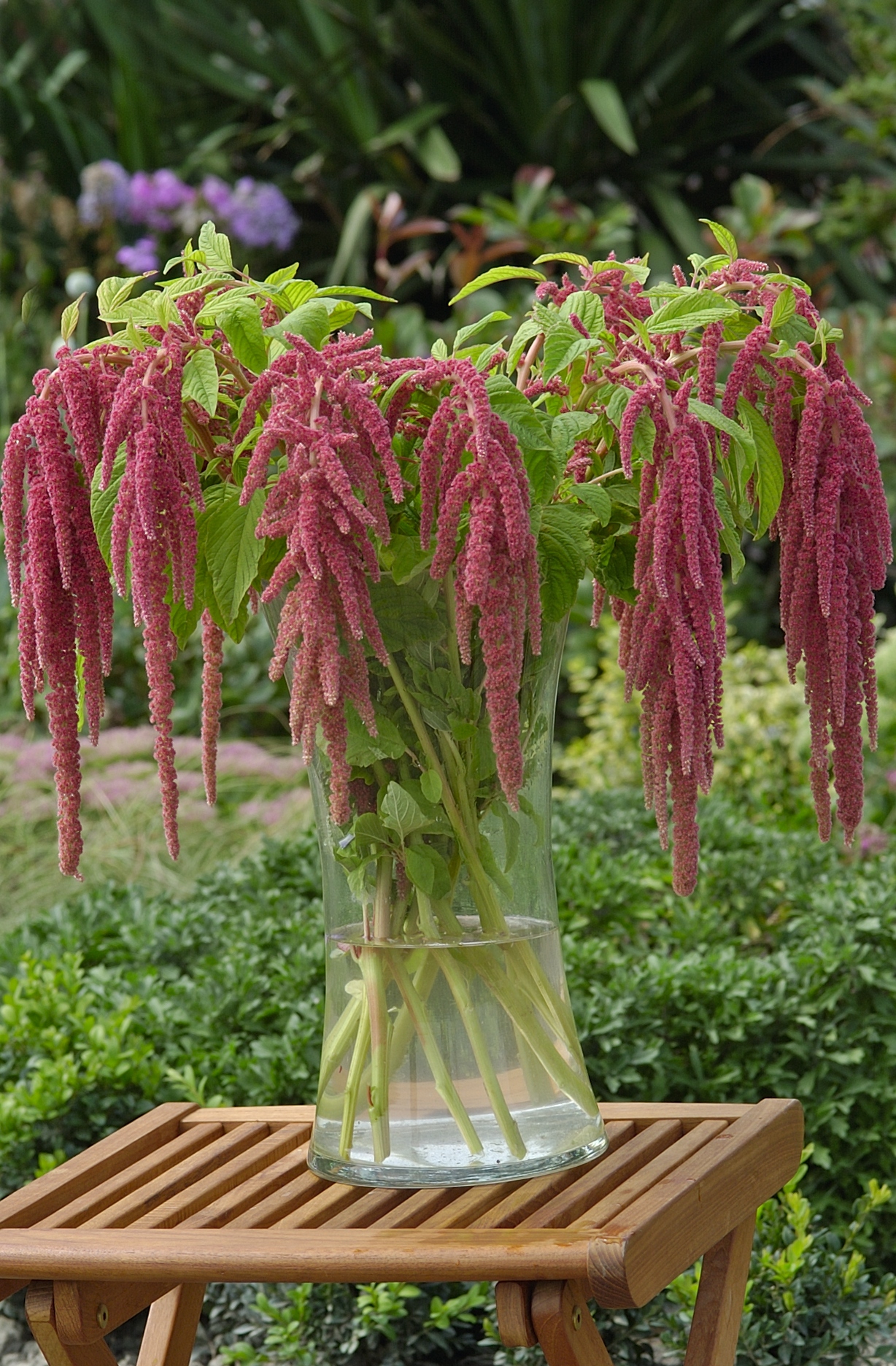 Love lies bleeding, also known as amaranth, is a gorgeous plant getting monstrously tall with breathtaking, pink, weeping plumes of blossoms. I love this weeping giant and, though we no longer carry it, I felt it necessary to write about it as its popularity is slowly rising again. This currently under-appreciated annual is a lovely one and an old one too. It is known  to have been commonly used during the Victorian era, that’s quite some time ago for an annual to be around, not many of the annuals we have around today are from that far back. Some of their ancestors or the genes they came from yes, but you wouldn’t recognize them if you saw them. Love lies bleeding are tried and true, with very little need to be crossbred for better looks.  But the use of love lies bleeding comes with a sorrowful meaning.

Back in the Victorian era they often used flowers to communicate their feelings. Love lies bleeding has two meanings, and one of those meanings, well it probably would make your heart sink a little. The first meaning for love lies bleeding is hopelessness, more specifically hopeless in unrequited love. Both sending and receiving the flowers for this meaning could make both involved feel rather uncomfortable. However after a little more digging I found another meaning that I find very sweet and comforting. It can also stand for Self-Sacrifice, specifically based off of the example set by Jesus who offered his very life for the salvation of the whole world. I think it’s beautiful meaning and it brings understanding to the name, love lies bleeding as he laid himself down and bled out due to his love for everyone. It is interesting though how the one meaning is hopeless while the other is hopeful, you would hope that when they were giving out the flowers that they clarified what they mean by giving the flowers, or you may send some very mixed signals.

Something I think caused love lies bleeding to fall out of style was its own falling over. Often when the long drooping blossoms come in the stems are simply not strong enough to stay up, causing the stems to hang down and sometimes even lying flat on the ground. This caused a lot of disappointment, no one wants their flowers to be laying on the ground, at least not the ones that are supposed to be upright. Sure there are creeping plants but you buy those to be creeping, Love lies bleeding is supposed to be three feet tall, not wide. There is a simple solution to this problem, tying them gently up to bamboo stakes. Once the plant fills out you can’t even see the stakes as they become buried in lush green leaves and bright pink to red weeping braids of flowers. I believe this is one of the main reasons this flower fell out of style, many people did not want plants to fall over and others didn’t want to put in the extra work to have the flowers stand up. However they are perfect for the garden with its unique blooms and great height. Love lies bleeding stretches to its great height of 4 feet tall and about 3 feet wide making it a fantastic feature in any garden or container! I do hope to start seeing these flowers in gardens again soon!

Questions? Give us a call or